Welcome to our SoloGood store

LiteRadio 3 Radio Transmitter is the newest remote control in the LiteRadio series. This transmitter features an ergonomically designed handle and has superb performance in its working time, newly updated gimbal, and multi-protocol support (Frsky version). Besides, this version supports BETAFPV Configurator which is a utility designed to simply update, configure, and tune the radio controller. 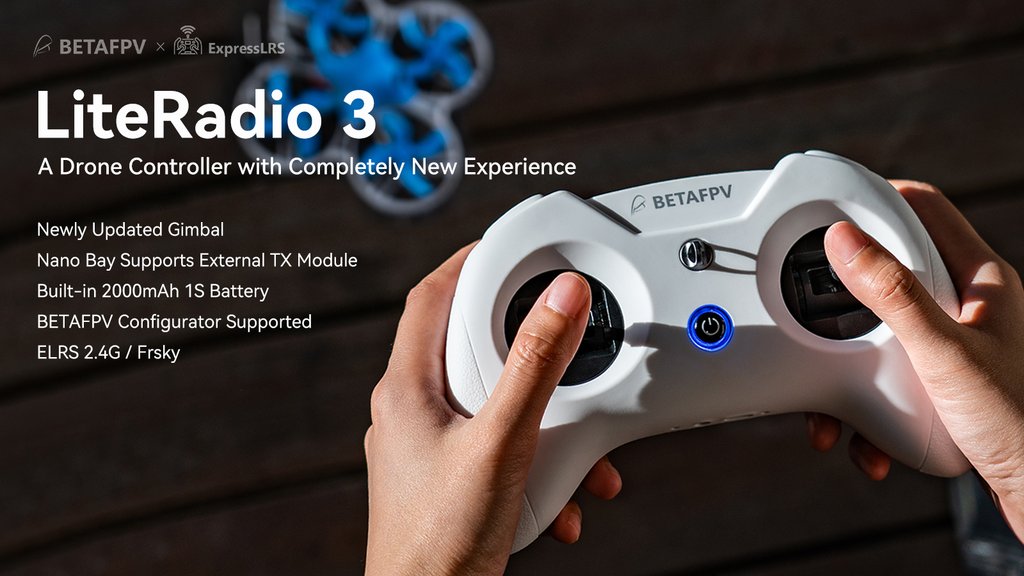 LiteRadio 3 is a remote control radio transmitter designed primarily for RC models, including multirotor, airplanes. It gives you more than you ever thought possible from an entry-level 8-channel radio. 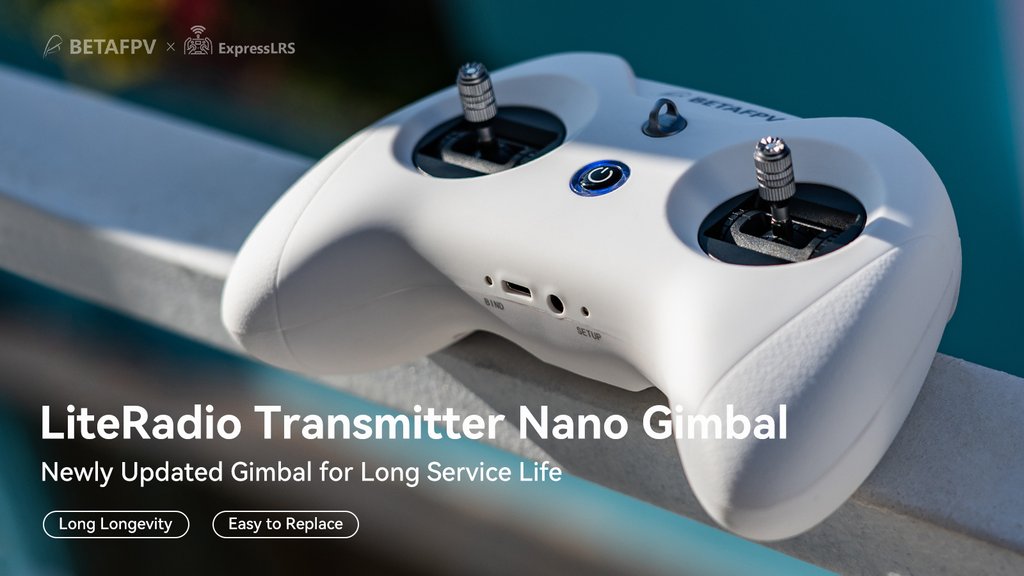 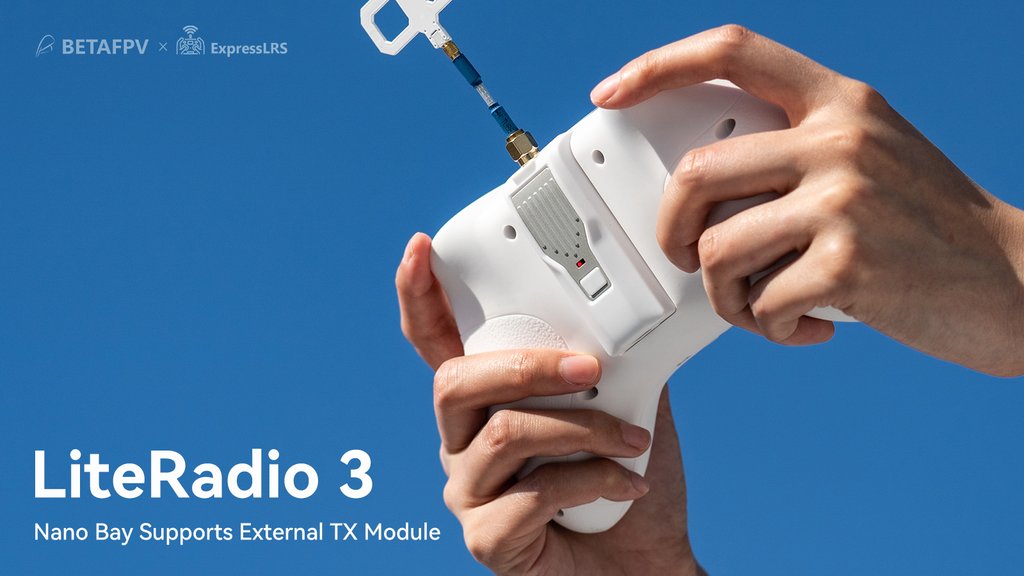 Compared with LiteRadio 2 SE, the LiteRadio 3 is equipped with a 2000mAh 1S battery, bringing an excellent endurance performance up to 15 working hours without an external module. Reserving a nano bay on the backside, it supports an external module for use with ELRS Nano TX Module, which supports CRSF protocol. Moreover, the LiteRadio 3 gimbal is newly updated with an accurate potentiometer and adjustable stick ends.

BETAFPV Configurator is a utility designed to simplify updating, configuring, and tuning the radio transmitter.

The function of the BETAFPV Configurator is listed below. 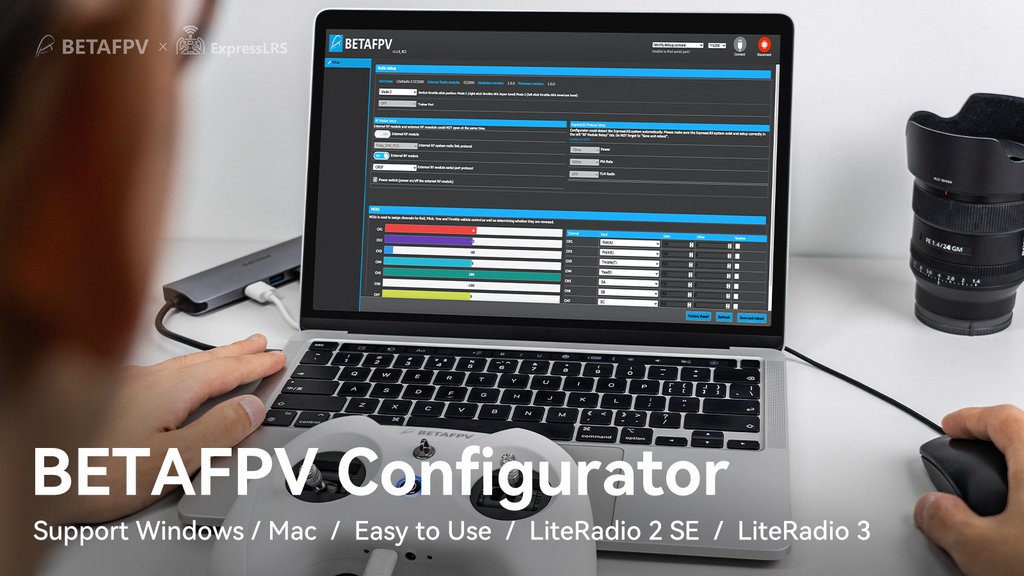 DO NOT power on the transmitter first and connect it to the PC. The USB port is invalid in this situation.

How to switch the protocol

Note: Switching internal protocol is only available for the Frsky version radio transmitter. ExpressLRS version can only switch to the external TX module.

To change protocols and TX module, here are the steps:

The Frsky version could support 4 different internal protocols, including Frsky D16 FCC, Frsky D16 LBT, Frsky D8, and Futaba S-FHSS. The protocol is indicated by the flashing times of the LED when power on, before the buzzer alarms.

Note: LiteRadio 3 Frsky version only works with D16 ACCST 1.X Frsky protocol. So if you use a Frsky receiver with D16 ACCST 2.X version or ACCESS version, the binding will fail. 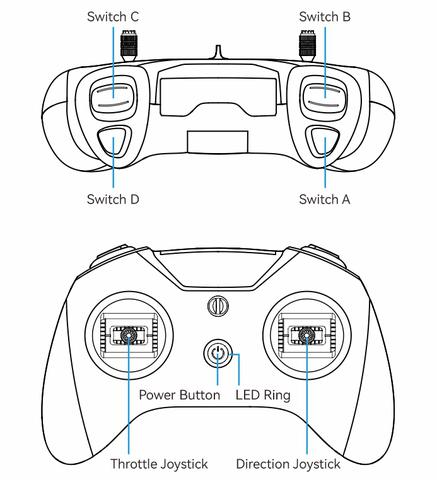 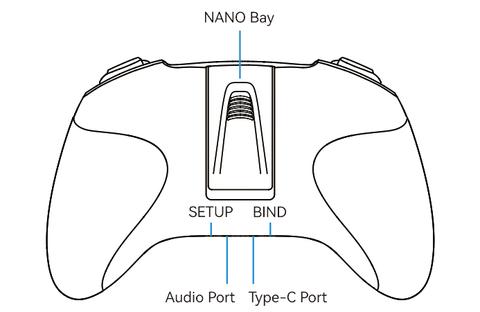 We highly recommend buying LiteRadio 3 Radio Transmitter with the parts listed below. 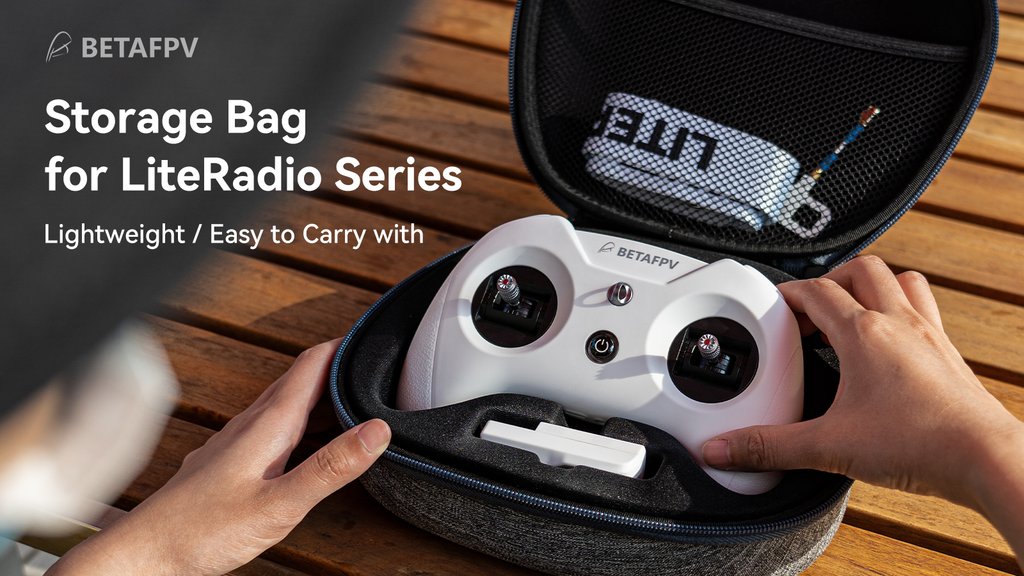 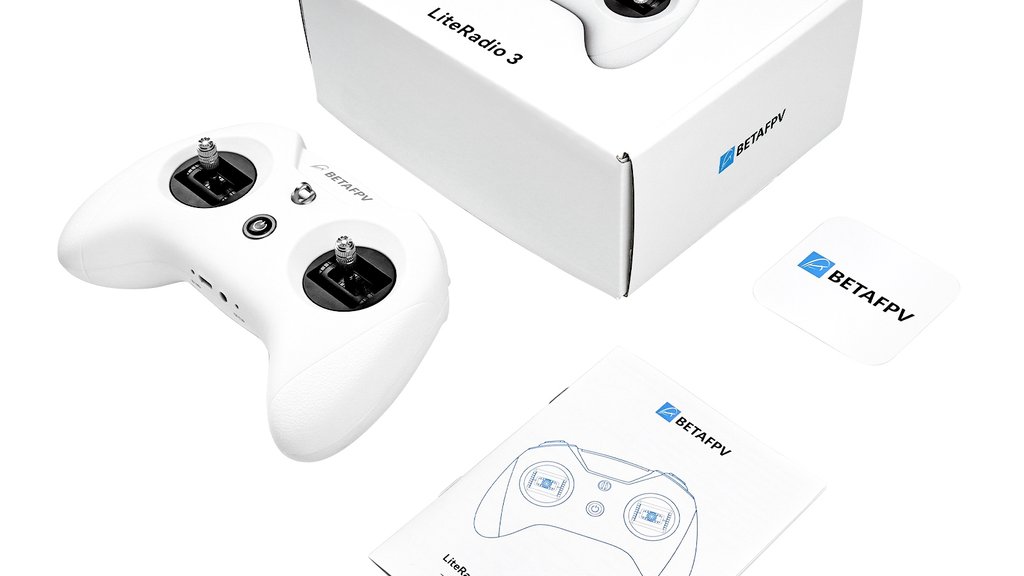 This case is designed for carrying a LiteRadio series transmitter, it is made of EVA material, which is sturdy, durable, and waterproof (except the zipper part). Come with ample space for storing transmitter, module, antenna, and strap lanyard, etc. With this case, you're ready to grab your gear and go flying whenever you want, without having to carry around a bunch of different containers. 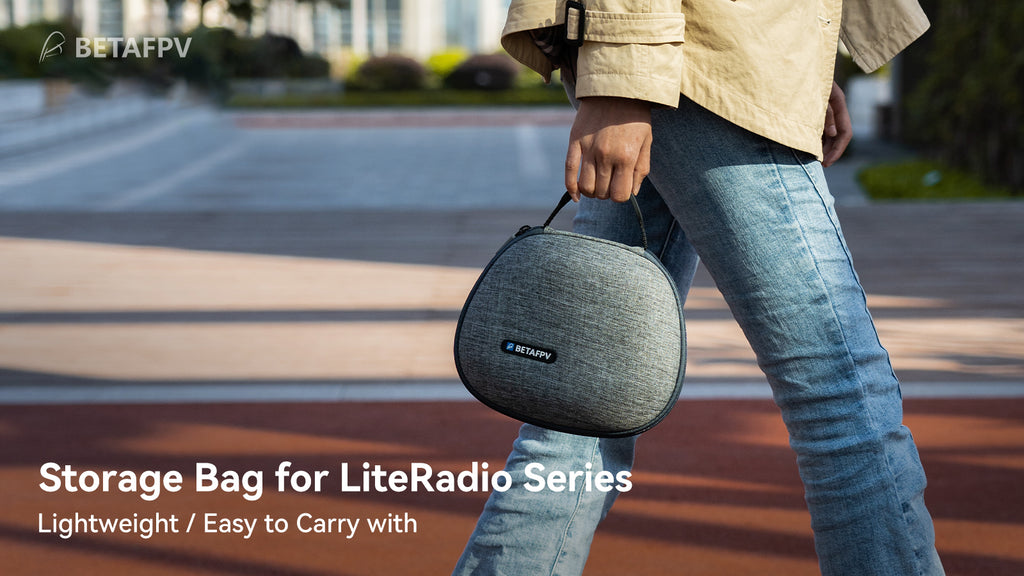 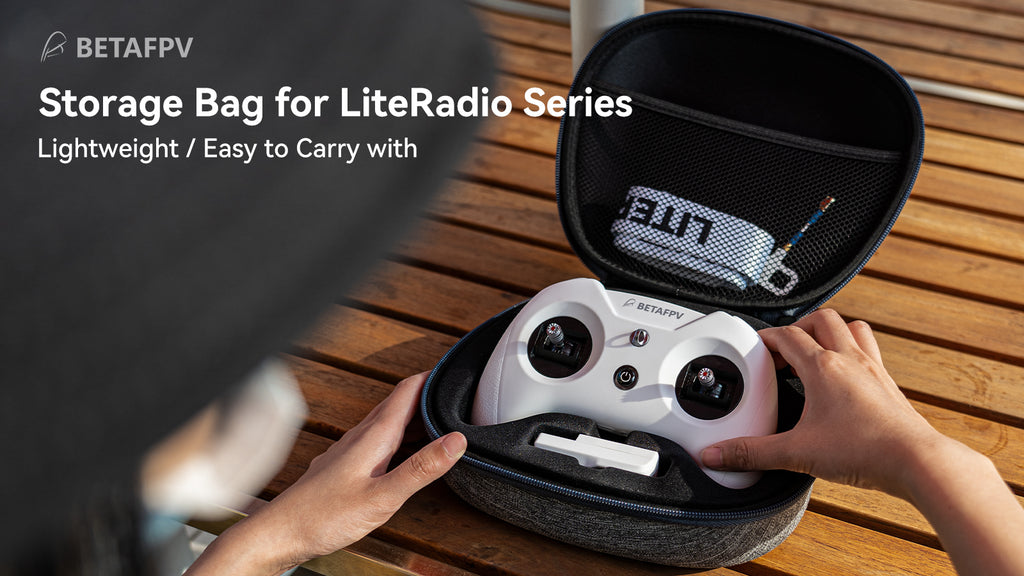 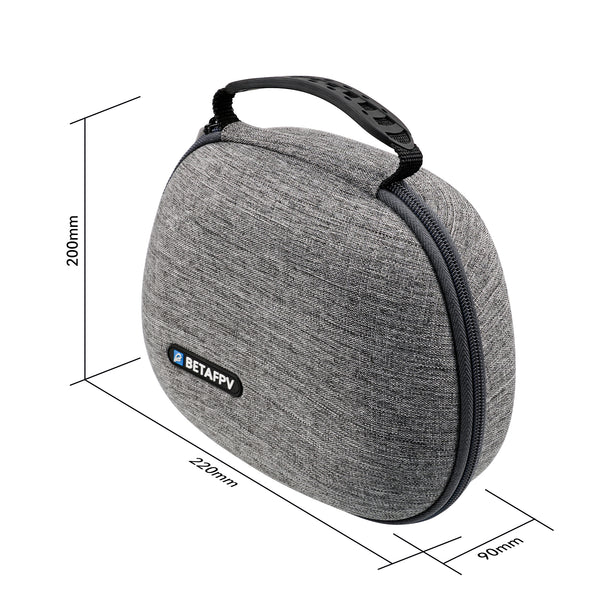 Note: The storage case is only compatible with LiteRadio 3 transmitter now. LiteRadio 2 and 2 SE are not suitable.

Pair text with an image to focus on your chosen product, collection, or blog post. Add details on availability, style, or even provide a review.

Give customers details about the banner image(s) or content on the template.

Give your customers a summary of your blog post

Be the first to know about new collections and exclusive offers.